Skip to content
You are at:Home»Articles»Wide open matters most (mostly)

When I’m hunting for new lens I’m always tying to read or at least get impression from as many reviews and opinions I can handle. Part of the way I gather information, and a process that has not let me down so far. But there is one mystery I always fail to understand when I’m looking for lens with aperture 2.8 and wider. Way too many reviewers start picking on minor problems, while suggesting the lens is perfectly fine at f/5.6 or even 8, and somehow downplaying the importance of the wide apertures. Like it’s to be expected to have the lens produce crappy images wide open. It’s usually when they talk about corner sharpness, but it pops up pretty much everywhere in reviews.

And it’s such a bullshit! If and when I’m buying wide aperture lens, in 9 out of 10 cases I’ll be looking at performance wide open. Or may be 2/3 stops down, or even a full stop. But two stops? Or nearly 3 to get a sharp image? Well, obviously the common sense dictates that if you have lens that fail at a given f-stop, you should close a bit and try again. But how much is common sense and how much before you call the lens crap?

When I buy bright lens I want them bright.

Well, in my opinion buying bright lens means I want the bright part and less so – their better performance in specific scenarios where I need deeper focus field, where they would be sharper anyway (well, on modern cameras > f/16 diffraction usually makes things bad).

And that’s my issue with these reviews – why is that most reviews underestimate the lens issues at wide apertures? The “it works well at f/5.6…” argument doesn’t give me anything if I need it wide open. It’s like “hey, see, it’s okay at 5.6, I’m losing bokeh and low light, but this is only $1.5k lens, I should expect it to be bad at it”. And then you look at the deep focus area and the missing bokeh and you are like… right, sure, but that’s not what I’d buy it for.

Plenty of lens are not good at their widest, and we should never dismiss this as something to be expected.

Don’t get me wrong, I know many lens usually have a sweet spot, and it was nearly a feature to have you glass becoming really sharp at f/8 and above a few decades ago. With today’s digital cameras that logic moved to better performance at open apertures, and, with this being precursor for higher quality, people started to expect their lens to perform even open. I’m one of these people. You are one of these too, unless your job or artistic style doesn’t require wide apertures.

Then why am I always struggling to find this at the conclusion in most reviews? Blah-blah, it’s not bad, it has some problems wide open and (may be) some chromatic aberration, blah-blah. That won’t do it for me. Wide aperture is extremely important for low-light photos (not every camera has an amazing sensor), it helps separate objects (especially in portraits) from backgrounds, it helps with creative bokeh, and last, but not least – it’s 99%+ guarantee that you will have sharp image if you close the aperture even a single stop. This is why I will always show how lens behave wide open and use it as a base for any conclusions.

There is also the major problem with the mass market lens, offered in kits and intended for amateurs and everyone buying camera mostly for fun. IMO these just give photography a bad name, as people struggle to make anything meaningful with them more often than not. Then reviewers try to make up for their faults by presenting their best sides (great for PR when you get paid to do it, less so for reviews) and by offering some vague conclusion, plus some amazing shots. Of course they also concede to the single point that they are not bright. Which is not even a fact (at f/3.5 some kit zoom lens are better than some f/4 mid-range lens now popular on mirror-less setups) – at least in a part of their focus length range. What they also are, with some exceptions (and these are few and far between) is a terrible choice and a waste of money. A good photographer may get some good mileage out of these, but they are limiting factor and we all know it.

P.S. The featured image is a 100% crop of an image I made with the fabulous Sony 55mm F1.8 Sonnar T FE ZA which I consider a must have for the Sony full frame mirrorless cameras. You can buy it on Amazon US, Amazon UK, Amazon DE. 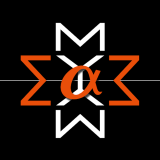 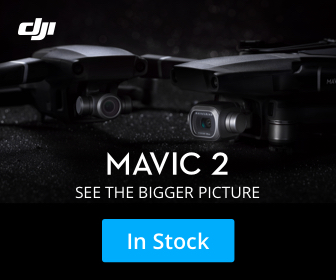